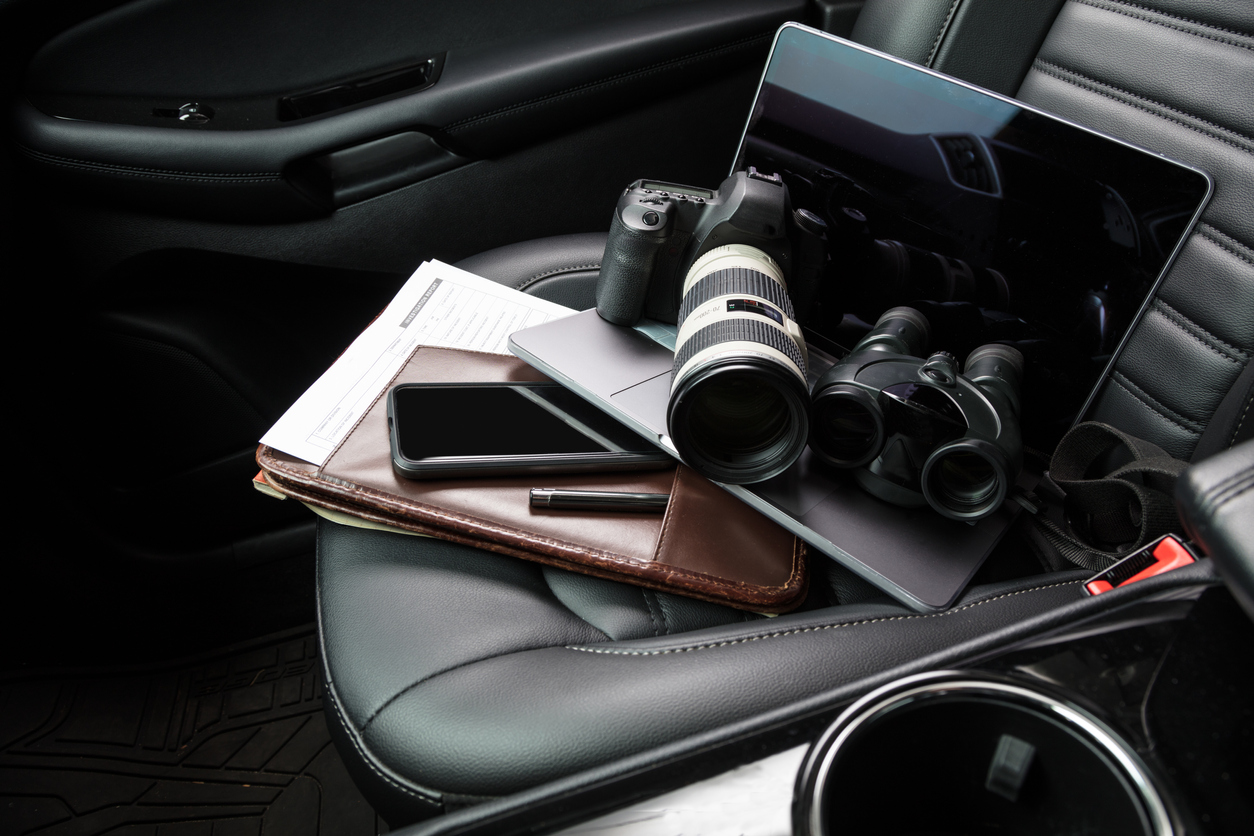 Skilled private investigators will have a large number of tools and equipment.

If you want to hire a private investigator (PI), make sure they have these tools at their disposal.

The Top Tools that Private Investigators Use

Put this device in a car and keep an eye on where the driver takes it.

It attaches to the steering column just under the steering wheel. The device sends the PI the information via software or an app.

Every ten seconds, it updates the location data. By observing the suspect’s travel habits, they’ll quickly have a clear image of what they’re up to.

More than only location data is provided by today’s modern GPS monitoring systems. The PI can get information about speed, fuel levels, as well as odometer readings.

The only stipulation is that the vehicle’s owner must permit it to be installed, especially if the PI wants to use it in court as proof.

For the private investigation sector, this is a game-changer. Surveillance drones can go anywhere humans cannot and view what would otherwise be invisible.

Aerial machines having a camera as well as video technology are known as drones. They’re ideal for usage in places where other surveillance methods aren’t available. It can be used to keep an eye on a large amount of land, parking lots, or even following someone on foot.

The information from the camera is displayed in real-time on a mobile phone app. It also includes a signature with a time and date stamp. It can be saved to a smartphone or transferred to a PC.

Spyware is a fascinating and perplexing technology.

The PI can monitor what everyone else is doing online or in their email using software installed on a smartphone or computer. They have access to their files and computer data. Watch internet search tendencies by recording keystrokes.

This small piece of digital technology can provide the PI with answers that PI would otherwise be unable to obtain.

This isn’t your typical large DSLR with multiple lenses and its own case. There is a time and a place for that, but it isn’t feasible for covert operations.

Micro cameras are part of the latest camera technology and can be used without drawing attention. The PI can use them to take pictures of people and places. They can even record brief video clips on more expensive devices.

The biggest drawbacks of these devices are their storage capacity and battery life. As a result, the PI must be selective about when and where they use them.

The Detector of RF Signals

Today, we live in such a device-driven culture. WiFi, cellphones, Bluetooth, and satellite signals are all detected by modern RF signal detectors. Consider how handy that is in combination with surveillance cameras as well as monitoring devices.

This technology aids in the detection of emotional as well as psychological patterns in spoken language. The data indicates if the person is excited or stressed. It can be used to distinguish between fact and fiction.

Furthermore, it determines the accuracy of the conversation’s substance. Set of words the speaker uses, the PI will be able to determine how truthful they are.

Device cloning could be the PI’s go-to option for obtaining computer data if they need more solid evidence. They can also capture data from mobile devices. It’s also valuable in court, unlike spyware.

It’s a valuable tool for businesses and collaborations. Especially when it comes to data as well as digital footprints, anyone with a financial stake in the data can pay for it to be cloned.

At the end of the day, gathering evidence that may be used in a court of law is primarily reliant on trade tools and equipment. Cameras, scanners, battery banks, power converters, specialty databases, GPS, the Internet, and various other items are among the private investigators’ (https://investigationhotline.org/) toolkits that are essential for your case.