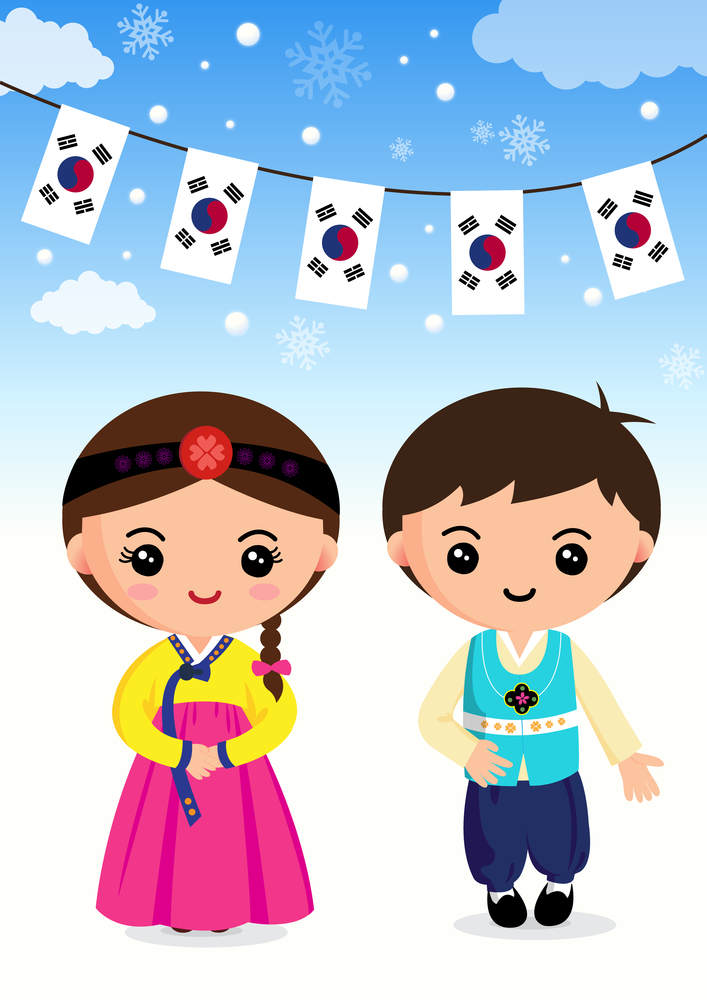 Dol Hanboks are becoming popular by the moment as the trend of Doljanchi and 100 Day Parties rise in popularity due to the globalization, the increase of awareness of such Korean celebrations, and the convenience and ease of obtaining traditional Dol Hanboks from e-commerce stores like Joteta, Etsy, and Amazon.

The Upper Wear of Dol Hanbok

The upper wear of a Dol Hanbok is called a jeogori. A jeogori was traditionally made out of silk, hemp, or ramie. On top of a jeogori sits a vest for baby boy dol hanboks and the jeogori for baby girl hanboks is usually combined with the vest. Some of the jeogoris have colored sleeves for aesthetics and to symbolize the five positions of Korea.

Colors traditionally were picked based on social status, marital status, and age. Bright colors were worn by children and girls. Most Dol Hanboks still adopt the color scheme of the past and you’ll find most modern Dol Hanboks in bright and friendly colors as shown in baby boy Hanbok collections and baby girl Hanbok collections.

The Pants and Dress of Dol Hanbok

Pants of Baby Boy Hanboks were made with comfort and ease in movement in mind. In the olden days, most people did not have a selection of Hanboks and the common person had 1-2 sets at most. That meant, the clothing they had to wear had to keep them warm and prove functional. Baby Boy Hanboks are still made with ease in movement and comfortability in mind even though Hanboks aren’t worn daily as in the past.

Dresses weren’t made with ease in movement in mind because women in the past who could afford Hanbok Dresses hardly engaged in arduous manual labor. They were of upper class status and engaged in other works such as tending to the property of their spouses and taking care of their property. Girls and women hanbok were made for beauty so women and girls hanbok were made with beauty in mind. Baby girls’ hanboks adopt the look of traditional ones. Although they’re not made with ease in movement in mind, the fit and method of dressing a baby with a dol hanbok has become convenient.

Belts that often accompanied Dol Hanboks are called Dol belts. Dol belts have 5 balls that hang from the belt which symbolizes long life, wealth, health, right conduct, and peace. Koreans heavily believed in superstition so wearing Dol belts was common among babies to grant as many blessings to their young one as possible. Koreans did nearly anything to further good luck on babies and even threw extravagant celebrations for their babies 100th and first birthday.

Traditional dol belts had two bands that came down on each side. There were letters inscribed on the bands that further blessed the baby. Most modern dol belts have discarded the bands because it compromises style and the balls represent nearly the same blessing as the bands.

There are additional accessories such as Hanbok Shoes, Hanbok Hats, Hanbok Head Bands, and corsages that went with hanboks. These accessories were worn with Hanboks but weren’t associated as a good luck charm like the Dol belt.

Out of the accessories for Hanboks, the Dol belt was one of the prominent because of the meaning it had for the baby.