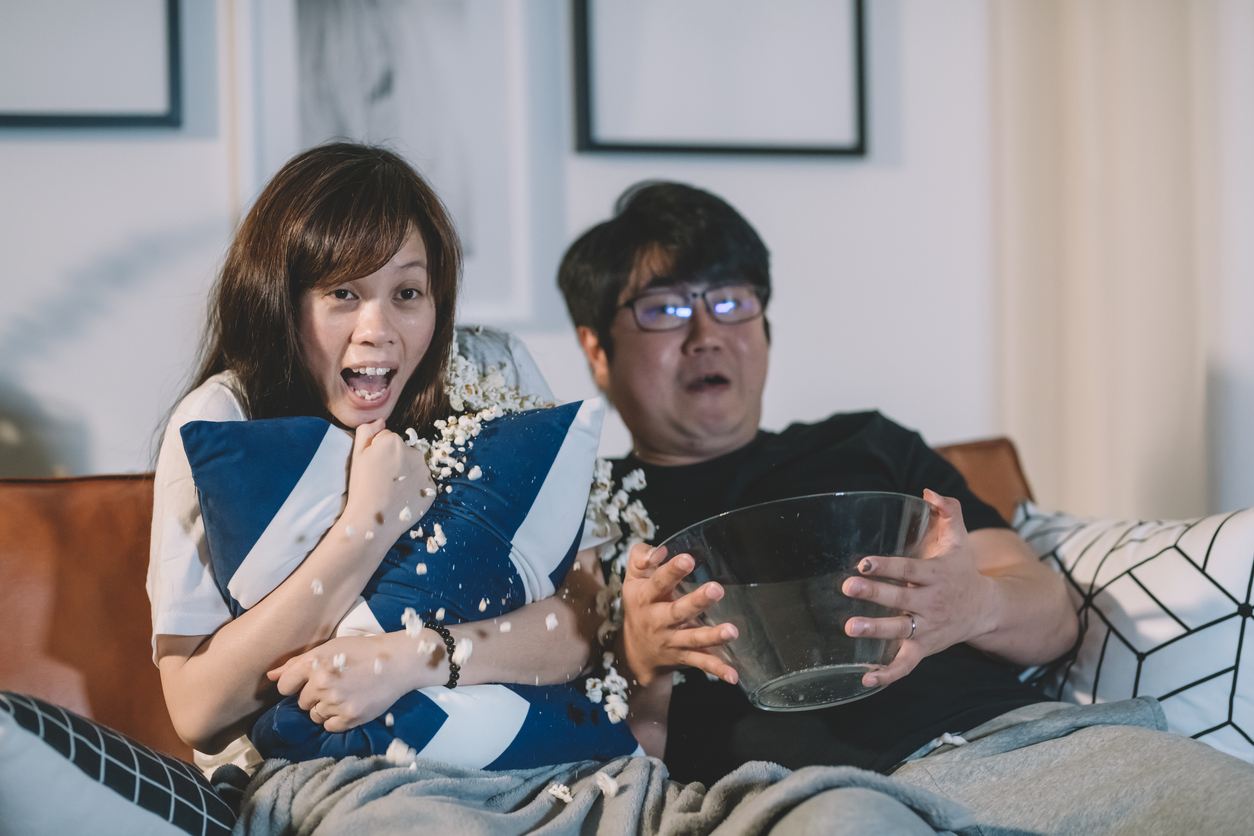 Halloween might be over, but who says that the terrible has to stop?

If you’re craving some horror movies that make you rethink the joy of Halloween, we have six of the most terrifying Halloween movies to keep the scares going in 2020.

If you want to feel what it was like to be a witch back in the 17th century, Robert Eggers’ The Witch does precisely that. It follows a Puritan family who is quick to blame their son’s disappearance on their daughter, suspecting she is a witch.

Naturally, the family bonds are broken, a mysterious being lurks in the woods next door, and it gets darker and darker as time goes on. It’s pure horror in every sense of the word.

Who knew Jim from The Office was this creative? Directed and starring John Krasinski and his wife Emily Blunt, A Quiet Place grapples with the fear of defending your family in a world where basically, no sounds can be made. No heavy breathing, claps, or idle chit-chat. If so, you risk being slaughtered by extraterrestrial hunters with supersonic hearing.

You will spend this entire movie on the edge of your seat as every sound or beat could mean the end for one family member. It’s engrossing stuff and just confirmed that I wouldn’t last a few minutes in a word where I couldn’t talk.

Australians know a thing or two about scary stuff that goes bump in the night (think of all spiders, snakes and beasts that reside on the island). So it makes sense in Jennifer Kent’s gothic Australian thriller that things are going to get pretty scary for a young widow burdened with her troubled six-year-old son.

But this time, it isn’t the dangerous creatures that Australia is all about. It’s the Babadook, the mystical beast from her son’s picture book that decides to creep out of the pages and cause mayhem.

Pregnancy has never been this terrifying. In Roman Polanski’s Rosemary, Mia Farrow’s distressed mother begins to panic uncontrollably when her pregnancy seems to have garnered the attention of mysterious neighbours with a pleading allegiance to Satan.

Ruth Gordon won an Oscar for her role as Rosemary’s neighbour, Roman Polanski sent shockwaves with his direction, and people started to think differently about their friendly neighbours after seeing this.

The original horror-slasher classic and aptly named after the scariest day of the year. John Carpenter’s bogeyman slasher nightmare sets a precedent for all other slasher movies (and even spawned a legion of inferior sequels). The story is one you’ve heard before: a psychopath named Mike Myers returns to his hometown years to cut his way through a plethora of people, including star Jamie Lee Curtis.

His signature misshaped William Shatner mask has since become a staple for Halloween costumes (https://halloweenstorecalgary.com/) every year, and with good reason: it’s downright freaky. It also made us realize if all Halloweens were like this, we wouldn’t be out trick or treating.

Teenage dramas aren’t usually as time-turny, confusing or as parallel as this. But Jake Gyllenhall’s Donnie Darko does it with ease. Throw in a half-dead man in a rabbit costume, a possible airplane crash, some religious-infused teachers and interdimensional stakes, you’ll see why this film will leave you jumping more than expected.

Stephen King has a whirlwind of classic horror movies that make your squirm and shiver at the same time. But which one is the most horrific and downright terrifying? The Shining is renowned for its horror themes, but Stanley Kubrick’s adaptation doesn’t compare with Andy Muschietti’s 2017 version of IT.

Pennywise, the Dancing Clown, is a full-fledged monster with one goal: eat, mangle, and chew up as many children as possible throughout the town of Derry. With an outstanding performance by Bill Skarsgård, IT really makes you rethink if clowns are that friendly in real life. The first 10 minutes is nail-biting, grotesque and intense, setting you up for everything that’s to come.